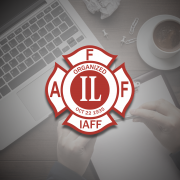 I know I have said this before but thank you again for the opportunity working for the committee over the past year. It was the most rewarding work I have ever been a part of. Seeing firsthand how much the AFFI puts into its #1 priority, the health & safety of its members, is a gift I wish all our members could witness. It goes without saying if there is anything I can be of assistance with count me in.

Following are my thoughts and experiences about our friend, former Speaker Michael J. Madigan.

From 1988 until 2006, I had the opportunity to serve as your AFFI President. Throughout these years, millions were spent every single year to continually and unfairly vilify Mike Madigan by those who opposed his leadership and effectiveness. During this time, I was told many stories; and I heard many rumors. Often, these rumors came from people boasting about what they had heard Mike say or do, and more often, what he would do if someone did or did not do something he wanted. I found none of this to be true.

My experience with Mike was the opposite of what you likely have read or heard about him. I have never heard him raise his voice to anyone. I have never heard him threaten anyone. I have never seen him back down, either. Many times while I was speaking for the AFFI Legislative Committee, I said “No,” to endorsements or support for issues, requested by Speaker Madigan. His response was usually, “Okay, we will move on. “ He understood and accepted those decisions, and never did I see or feel any repercussions.

I found the Speaker to be a calm, thoughtful and brilliant leader. He always tried to help the working people. He recognized talent, and he hired the best and brightest. Those with the most potential served on his staff positions. He cultivated their talents and helped them move on to better positions.

Every two years and usually timed to coincide with the start of the new General Assembly, current and former staff gather for “Madigan’s Minions Party.” Attendees relax and swap memories and war stories. This private party is enjoyed by staff, and I believe it says a great deal about the man.

I often met informally with Mike on weekends in his district office. We discussed our legislative agenda issues, the legislative committee and I believed to be important. Once, I said something that he considered crossing the line between the legislature and politics. He held up his hand, indicating, “Stop!” He then said, “Would you like to go to jail?” He rarely gave his opinion on my issues, but he did ask questions. Once, he interrupted me and said, “Dave, I think the strategy you mentioned last year may be the best option.” He remembered what I had suggested about the “promotions bill.” It surprised and impressed me that he remembered that year-old conversation.

The Speaker’s help, your legislative committee’s hard work, our PAC fund, and our willingness to put boots on the ground resulted in the passage of many bills in those 18 years. Included were many pension upgrades, like our escalator clause that kept pace with inflation; survivor benefits, which allow our survivors to live with dignity and not starve in their old age; and the addition of cancer, heart and lung presumptive language. Additionally, we were able to pass one, if not the first, Fair Promotion Laws in the country. Mike tried seeking compromise but sided with us when the IML and Fire Chiefs simply refused to compromise.

Today’s firefighters will never experience careers disrupted or destroyed by favoritism, political retaliation, and manipulation against Union Leaders, some who in the past had even received zeros on evaluations, nor will they experience the abusive use of the “Rule of 3” used for these purposes. Our collective bargaining law took about 30 years. It was first introduced in 1958 and finally passed in 1985 two years after Mike Madigan became the speaker.

After 911, in 2002 Mike sponsored the bill that increased Line of Duty Death Benefit in the House. His daughter, Lisa, was our Senate sponsor. The death benefit became $259,030 including annual COL increases. They were not just the bill sponsors it was their idea.

It is unfortunate that, all too often in politics, the truth simply does not matter. Sadly, Mike Madigan has been the main target of political attacks for nearly 30 years. Personally, I am forever grateful for all the patience, support, and assistance Mike provided to the AFFI and me as President in order to make the lives of our brother and sister firefighters and their families safer and more secure in their careers and in retirement.