The Associated Fire Fighters of Illinois Honor Guard is set-up in a para-military fashion. It consists of the Principal Commanders, a Training Division, and eight Districts.  These Districts are divided geographically, much the same way the Associated Fire Fighters of Illinois Districts are divided; except for the 8th District which is the Pipes and Drums. The 8th District is made up of Pipers and Drummers from across the entire state.  We train together, primarily within our geographical districts, for ease and continuity. We also use District personnel for points of contact during an activation within any District.

The State Training Commander reports to the Principal Commanders and is responsible for training throughout the state.  Assisted by a First Shirt of Training, the Training Commander develops, organizes, and oversees training materials and sessions. It is his responsibility to ensure Honor Guard members are prepared to accomplish their duties in a proficient manner.

District 8 is the Pipes and Drums. They are the only district that is not geographic; they cover the entire State. After members are inducted into the AFFI Honor Guard, they may attend District 8 trainings. Members must also continue to fulfill their home District training requirements. After the required amount of District 8 drills, members must demonstrate playing competency to be inducted into District 8. 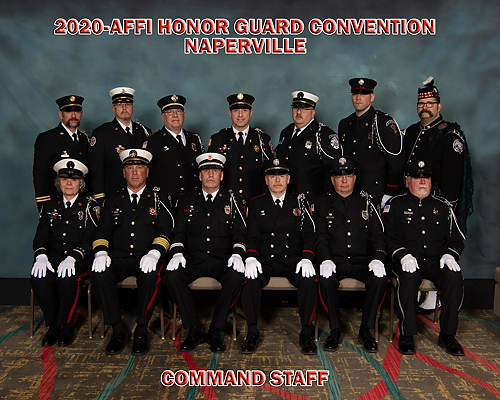 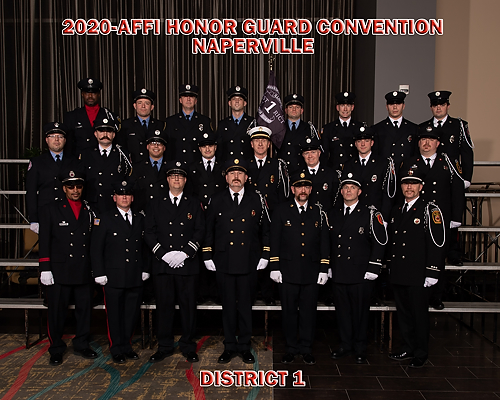 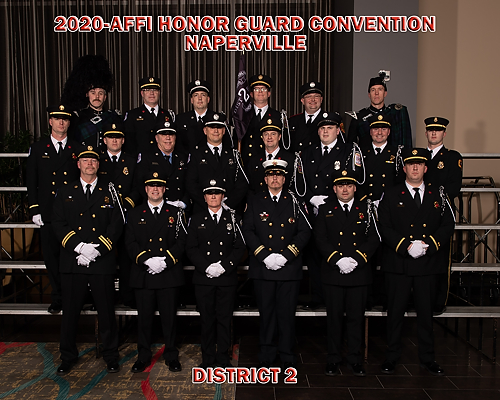 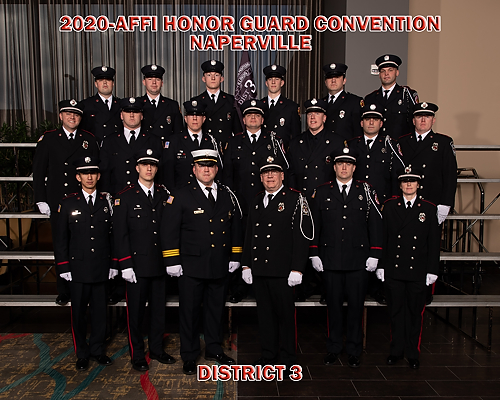 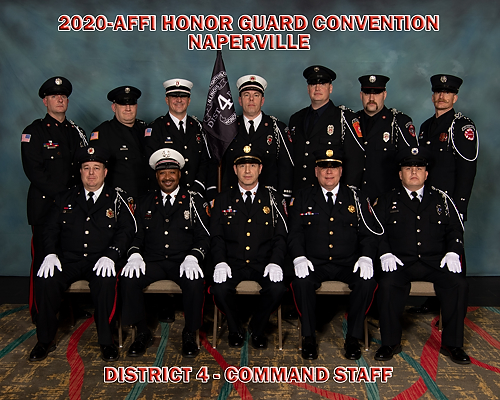 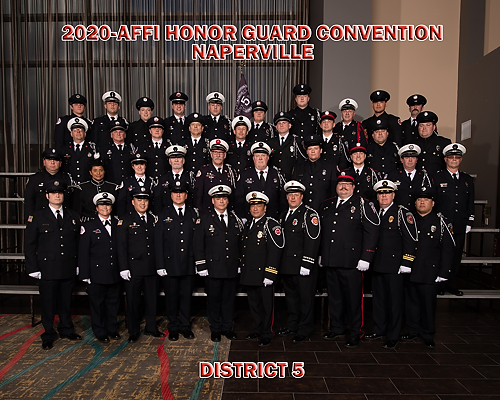 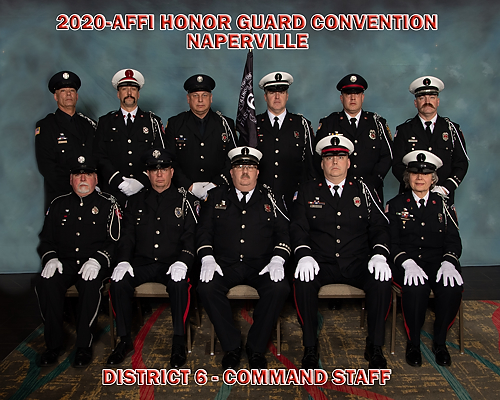 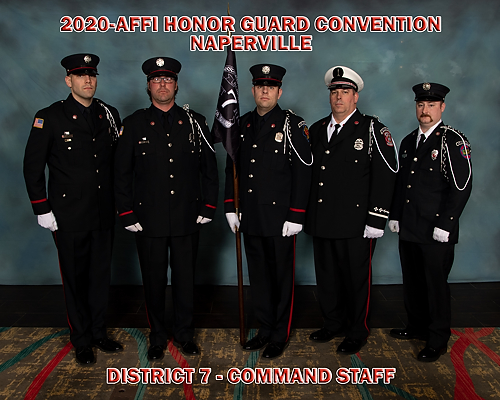 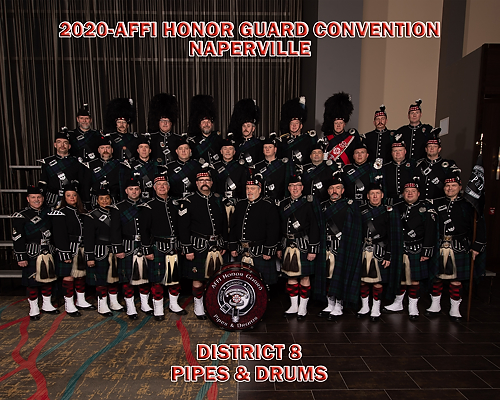